Been following the latest season of Smallville, cause I thought it was the LAST fucking season.

I mean, after Doomsday, the Legion of Superheroes, Phantom Zone, Green Arrow, Black Canary and Martian Manhunter and after moving to Metropolis and being the nerdy Clark Kent, AND after decisively fucking Lana Lang (Kristen Kreuk), there would be nothing more in the Superboy/Superman lore to explore.

Unfortunately, Tom Welling and the crew probably couldn't get a more decent gig, so they're extending by at least one season.

Fuck, man, and they cancelled Boston Legal? Fuck you!

How about this as the ending for Smallville: CLark Kent stays as SuperBOY until he's in his forties. 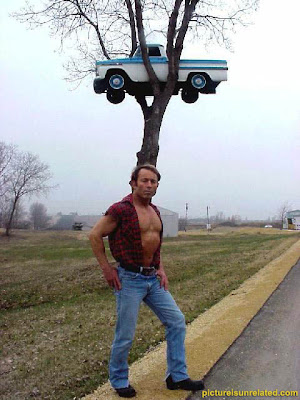 And if you haven't noticed, I have a new favourite website.
Posted by Amir Hafizi at 3:24 AM