I will sit down and do a proper review later, but out of respect to those who haven't seen it yet, I just want to get some early thoughts out about Captain America: Civil War (Civil War). So no spoilers here. It's safe for everyone. MOSTLY. If you don't want to know ANYTHING about Civil War, stop reading and go back to sucking dick or something.

Went to see it last night with most of my DnD group (geek cred, motherfuckers!) minus the DM and as I was sitting there in the cinema, I was like, "What did I do to deserve this? Did I sell my soul to the devil to watch a movie this good?"

Civil War is the best Marvel movie and by default - the best comic book movie so far. It is on par with Orgazmo - greatest superhero movie of all time. DC is out. Fuck DC, man. I'm a DC fanboy but by God, their movies suck ass just as hard as they're sucking Zack can't-tell-a-story Snyder's untalented ass. Fuck Snyder, man. He used to be in my top 5 directors list. Fuck him and Brad Bird too for Tomorrowland. Tomorrow-hebephilia-and-Randian-bullshit-land. Fuck that Ayn Rand Objectivism bullshit.

Anyway, let's get back to Captain America: Civil War.

Everything was there, man. Adam and Steve - I mean, Tony and Steve, Black Widow, all the characters feel real. Layered, flawed, conflicted. They felt like real people, man. Can't talk about anyone's motivations so I'm gonna talk about Chris Evans' biceps.

Captain America's biceps are so great, it will shake your iman and your gender identity at the same time.

FINALLY! Spider-Man! Has come back to MARRRRRR-VEL! Tom Holland sounds like a believable Peter Parker though in my head, Spider-Man has always been a sarcastic asshole. Holland works as a new superhero and a kid, which is who Spider-Man is for most of his career-defining comics.

Imagine Zack Snyder directing the next Spider-Man movie. I will fucking torch the bloody fucking cinema.

Black Panther works for me. Bucky works. All the characters have very clear motivations, either to fight or help or even switch allegiances . Not like BvS: Dawn of Justass.

The plot is well laid out, not like BvS: Dawn of Justass.

The only blemish is one of the characters functions like BvS: Dawn of Justass' Amy Adams' Lois Lane + Jesse Eisenberg's Luthor. I'm talking about Zemo who is both non-essential to the plot and his evil scheme doesn't make much sense. But. BUT! Because the movie was drowning in the great characters, performances and action sequences of the main cast of superheroes, fuck Zemo.

Let's talk about the action sequences. If you think Batman in the warehouse was the best part of BvS: Dawn of Justass, the stuff we see in Civil War makes that look like Darth Vader vs Obi-Wan in Star Wars: Episode IV. The action in Civil War makes Batman in the warehouse look like Awie fighting Mustapha Kamal in one of Sembilu 2's many dream sequences.

I can't go on without spoiling the movie. I'll do that next week after the first weekend and the first few days. But in conclusion, greatest superhero movie so far. Better than Winter Soldier and Captain America is now the best sub-franchise in the huge, huge Marvel Cinematic Universe.
Posted by Amir Hafizi at 7:58 PM

Aku dah mula buat podcast. It's in Malay. Here's the first one. It's not entirely a 'podcast', but it gets better.

The second one is truer to form:

I've decided to do it in Malay so I would speak slower. I'm more comfortable talking in English so doing it in Malay slows down my speech and I could think before I say stuff.

If you're wondering what I use:

Mic: Some crappy mic I bought for 30 ringgit.

I assemble the entire thing as a Powerpoint presentation. There is no script because I am actually reacting to the images I assembled earlier on Powerpoint. I'm just rambling as I see the photos appear as you do.

There's some minimal editing done with Windows Movie Maker (free!) and that's it.

I wanted to write a pseudo-psychological analysis of fandom but then decided to just fuck it and upload a bunch of illustrations of TMNT as asked by a nice guy I met at GeekCon this year.

These drawings were done by Mimi Mashud, Jon Suraya, Chee and Azhar Abdullah. 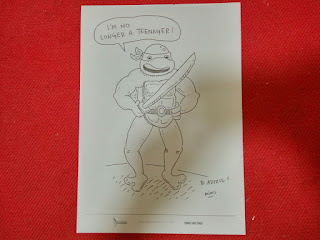 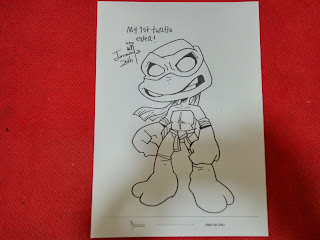 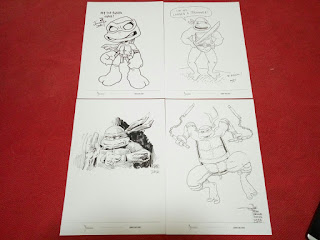 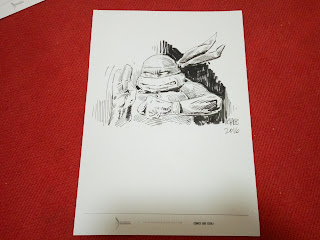 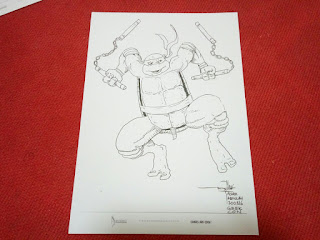 Got some feedback for Scenes of the Father - my new book with Chee. It's an illustrated storybook.

Rushing to get everything done for the four-five titles we are publishing in three months, we left out the foreword/afterword thing I wrote in January.

So, for posterity's sake, here it is:


This book is a lie.


Things didn’t happen as they did – not exactly. Some of the dates I might have gotten wrong. Some of the quotes, the images inside your head – they’re all wrong. Not exactly right.

These are viewed through my own fuzzy memories of stories told by an old man through his own fuzzy recollections. And then Chee came into the picture and he brings his own fuzzy brushes to draw this book.

His art is amazing, of course. All my friends are extremely talented and Chee’s drawings are exceptional, though as with the famous pipe painting, these are not exactly how things are or were.

But such is the nature of writing or any attempt to capture any details or nuance from real life – it will always fail. In Chee’s case, it fails in spectacularly beautiful fashion. I can’t be more pleased with how the art turned out for this book.

And thank you, my friend, for liking my little story enough to breathe new life into it.

At the time of writing, my father is warded in the hospital (he's now out). His health has deteriorated slowly over the years, having suffered from four strokes and a host of old people’s ailments. Only one good thing came out of it – a couple of years ago, he forgot to buy cigarettes so now he doesn’t smoke.

Aside from that, it has been painful, watching him grow old and frail ever so slowly. Despite the fact that he shouldn’t be able to walk, he sometimes does so out of sheer willpower.

He doesn’t ride on his tractor anymore – the old thing is just gathering dust and rust.

Instead, my father’s ride is now a wheelchair, which he hates.

Nobody knows who’s going to go or stay, when or where we will leave forever. But I hope that whenever that happens for my father, for all his good and evil deeds, that the journey would be a peaceful one.

And that’s the truth.