God, I can't sleep. Had Red Bull AND Livita, to write all night long and I guess I overshot it.

A lot of people might be scared of change. Let me say first that things have always changed, and will keep on changing.

You might be afraid that your company, your system or even yourself is becoming obsolete.

Knowledge can be acquired. Skills can be learned.

The only talent humans ever need is to adapt. And the talent of hard work.

Look at Rob Liefeld. He was considered by many of today's comics enthusiast as representative of what was wrong with 90s comics.

Consider this anatomy study of one of Liefeld's works: 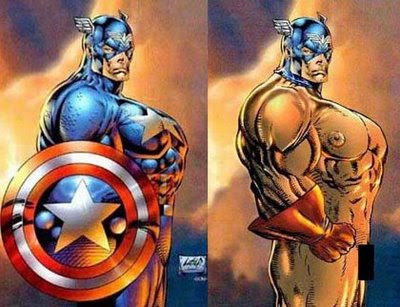 What the fuck, man?

And have a gander at these: 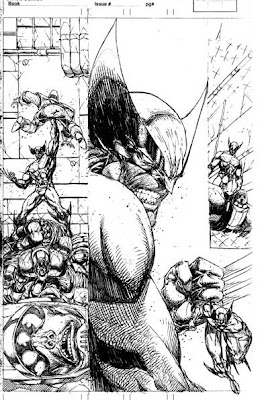 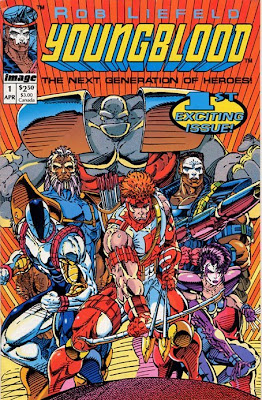 He hates drawing feet, and would often stick to some poses. For like, 20 years! Everyone he draws has over 50 teeth. And all looked like they are on various stages of steroid dependence or withdrawal.

A lot of people nowadays are embarrased that they ever bought any of Liefeld's books.

It's like admitting, grudgingly, that you watched Saved by the Bell every week. And that Tiffani Amber Thiessen was hot and that you masturbated over her in your youth.

Liefeld has become somewhat of a joke amongst some fans: 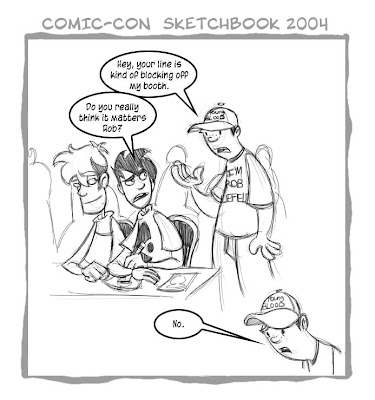 However, his books still sell, and he still has actual fans.

He was also part of the major events of comics. He jumped to form Image Comics with Todd McFarlane, Jim Lee, et al.

And in an industry where not many can claim they worked with the top guns for decades and carved a good life for himself and his family, Liefeld is indeed a legend.

I suspect that he has this amazing talent of delivering on time. Doesn't matter if it's bad art or good art, it's all art at the end. ALL of it.

I suspect that come rain or shine, Liefeld delivers.

If you're in the crapper, you wouldn't care if the toilet paper is single-ply or some fancy-schmancy French thick gay paper or something.

Cause not many people has the talent of discipline and hard work when it comes to their craft.

Just...don't do shit as bad as Liefeld. But take his story as something to ponder when you face change, which is essentially destruction.
Posted by Amir Hafizi at 6:06 AM