I am a Threat

I was blocked from Datuk Seri Anwar Ibrahim's Twitter account today. Though anyone can still access it as it is public, he singled me out and according to some 50-50 sources, I was blocked because he thought - and may perhaps still think - that I am an UMNO cybertrooper.

I'm not a cybertrooper. Not UMNO's, not PR's. I'm a Cybercop. 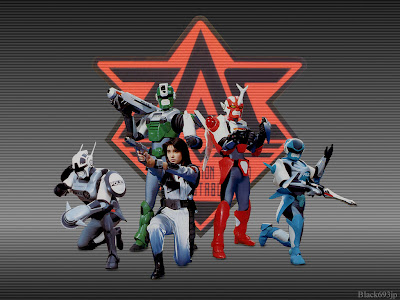 Cybercop: I am one of them. Without the boobs.

Is it so hard to believe that there are people out there who do not share Anwar's beliefs?

But just because I don't agree to PR's whatever, does not make me an UMNO man.

I mean, sure, my father registered me as an UMNO member as soon as I am of age. I even had an UMNO card, before some asshole stole it. It was stolen perhaps as 'proof' that I am an UMNO man.

Well, some whatever politician is paying my UMNO fees, and my name will be in UMNO records. But do I have the millions to show for it? No.

You know what? Fuck this shit, man. If I am to be branded as an UMNO cybertrooper, I might as well embrace it.

Hell yeah, man! I'm an UMNO cybertrooper, and I'm coming after you. I hate you fucking PR bullshit motherfuckers. I hope you choke on your saliva, you stupid, evil sons of bitches!

You fucking donkey-raping ass-slut bastards!
Posted by Amir Hafizi at 12:02 AM