It has come to this.

Out of sheer boredom, I have decided to declare war on Facebook and Kanye West.

Why? I don't have a particular reason. I could write a 10,000 word essay on why it sucks, but that's too much effort, and I'm too busy.

Who gives a shit? Facebook sucks, and that is that. 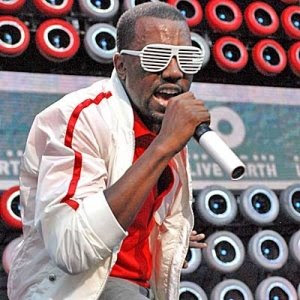 Anyone wearing those gay shades should die. Horribly. Like getting torched in his Ferrari or have his Picasso fall on his head or something. Or choke on truffles.

I hate Kanye West.
Posted by Amir Hafizi at 7:18 PM