Kuala Lumpur - Children from surrounding kindergartens today have signed a petition in tears over comments made by DAP dude Karpal Singh.

Singh's remark, 'don't play with me' or 'jangan main-main dengan saya' was not well received by kindergarteners who see it as infringing on their rights to play with the seasoned, respected politician and other politicians.

"Today, Karpal. Tomorrow, we won't be able to play with Anwar? No fair!" said leader of the group, 5-year-old Habib Marwan.

Around 7,192 signatures, finger paintings and crappy water-colour drawings have been collected so far.

Meanwhile, another online petition has been launched - this time, against cancer.

Malaysian activists yesterday announced a plan to petition against cancer cells in the hopes that it would destroy the disease altogether.

"Petitions have worked wonders before," said activist V. Vendetta. "It has stopped global warming, poverty, famine, pestilence, the resignation of Eli Wong, war and death. So why not cancer?

"Cancer will have to answer to the people. All 200 of us! No mere disease can face the dissenting voices of democracy!"

The petition is expected to face tough resistance as cancer kills most activists. Slowly.

Not wanting to believe in the 'dissenting voices of democracy', PKR man Hilmi Hailmi has decided to seek royal guidance to paint his kitchen.

"I am merely emulating the Selangor MB, who sought royal guidance in the Eli Wong case," said the 48-year-old.

"I am sure that the Sultan would have much to offer in terms of what kind of colour suits my Mediterranean-style kitchen."

Even though the Sultans have been facing stiff criticism from certain opposition quarters recently, PKR has tried to show their respect by going to them for advice.

Further, according to Hilmi, he is torn between kumquat and loquat. Though his wife prefers plain simple white.

"As a woman, I thought her pallette would be more varied," said Hilmi. "Hmmm...maybe I need a feature wall in the kitchen. But which wall? The one with the stove? Or the one with the counter? This will take all month, I tell you!"

Meanwhile, in an unrelated development, Rocky of the popular site Rocky's Bru was called in by Cybercops yesterday regarding certain 'anti-royals' comments left on his blog.

He was interviewed at Bukit Aman for a few hours before the Cybercops released him, deciding that he would not fit into their battle-suits. 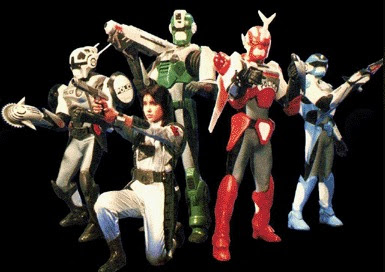 CAPTION: CYBERCOPS POSING BEFORE A FIGHT
Posted by Amir Hafizi at 11:09 AM