This morning, some idiot dropped some photos stolen from various websites on my front door.

I looked at them and saw that these were actually photos of Anwar's arrest, which no one has!

I present them to you, along with some excerpts from a mysterious tape also dropped in front of my apartment. 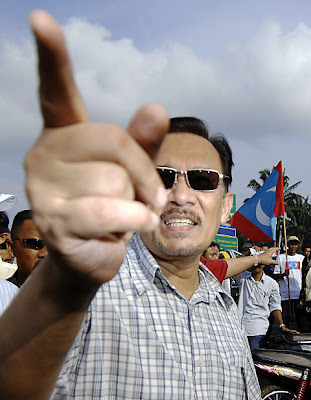 Anwar Ibrahim, was one day doing his political thing when suddenly... 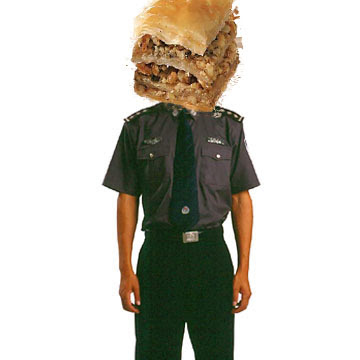 A baclava-head officer stopped him. 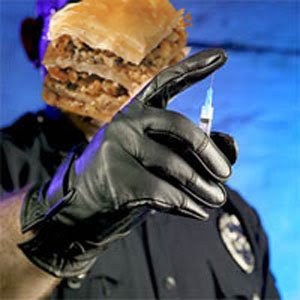 "Why?" asked Anwar back to baclava-head officer. 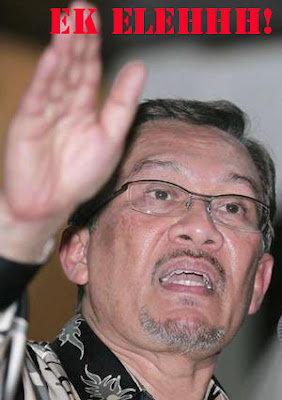 And Anwar said, "Ek elehhhh. I Iz Not GAY! M'kaayyy? Has wifey!" 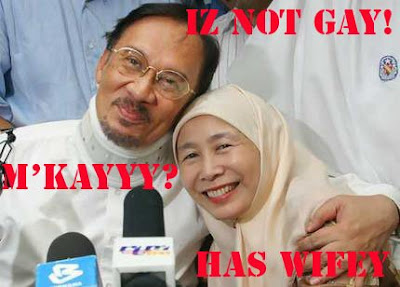 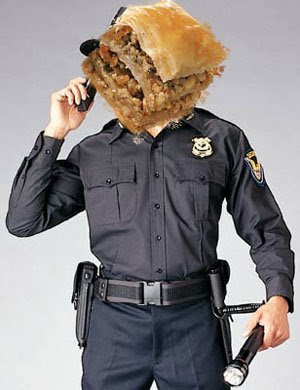 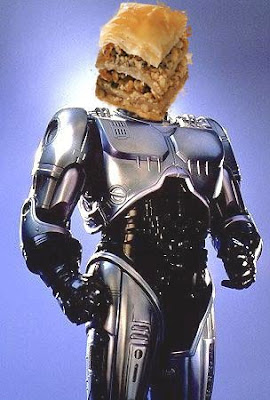 The Robocop showed up. Things were quickly resolved after that. 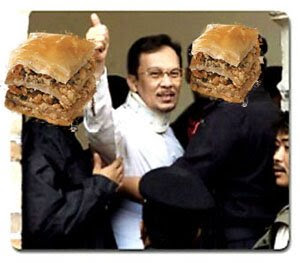 "I'll get you back, Robobaclava!" Anwar yelled on top of LUNG!