We all know what women want:

But what the fuck do girls want?

Girls, being defined here, as anyone below 25. Even the guys. Below 25? They're girls.

I'll tell you what they want.

They all want to be fucking music video actors.

"What do you write?"

I've always shat on poems, cause I think they're lazy work. I can write a thousand poems in a day. Dare me, I double dare you, motherfucker!

I believe that a majority of 'poem-writers' - and I dare not call them fucking poets - write poems cause they think they can achieve so much, with so little.

This explains the millions! No, the BILLIONS, of bad poetry we get, all the time. And sometimes, or perhaps most of the time, it doesn't even rhyme!

Free verse, they say. Free my ass, I said. I just get a shit geyser spray out of my ass whenever somebody breaks into my home and fucking force my eyeballs open as they show me their shit poems and shit.

All the while, Ludwig Van plays in the background.

So anyway, people think music videos and commercials are shortcuts and cheats to making a full feature movie.

What are you, Neill fucking Blomkamp?

It is very hard to make music videos and commercials that work. And they are very different than movies. VERY different. Some can hine their skills doing short work. Others, can't.

In a way that poets can sometimes be great novelists. And vice versa. But not all the time, man.

1. Some commercials pay better than some movies.

2. They are different art forms.

3. Shooting commercials and music videos are no less harder than movies. The challenges are different. Same thing with poems and longer writing.

I mean, sure, the shoot COULD be shorter. But time is not an accurate indicator of how difficult and complex it is.

Girls, man. Almost all I see nowadays, they want to be in music videos and commercials, because they think it's easy work and pays more money.

It's not easier, foo!

If you think it is, and somehow, you do get in, you're in for a rude shock.

Unless, of course, you want to make forgettable pieces of shit no one cares about and would soon forget as soon as they watch it.

Nothing is easy in this world, bitch. Nothing's hard, either. You just need to understand it.

Even models, have a tough life. I mean, they can only model, for what? Five years? 10 years? And then they're old, and all they do is bang their ass for a billboard shit, selling milk for old people. Insurance for old people. Caskets and baskets and biscuits. ED drugs. Look at Pele.

As with any profession, anyone can model. Anyone can act. But it takes a special something to be truly great. And that special something is hard work and commitment. It takes brains. Don't you ever watch America's Next Top Model? Goddamn it, man.

You want to be with beautiful people? Beautiful people - all of them - will one day be ugly and sick. And then they die. Unless you're a fucking necrophiliac, you won't find even Jessica Alba that appetising after she's bloated and blowflies start coming out of her nostrils.

I mean, look at Sophia Loren. One time most beautiful woman in the world. My God. She looks like my late grandmother. And she should. Cause she's old. If she doesn't, I'll bet she's a vampire. 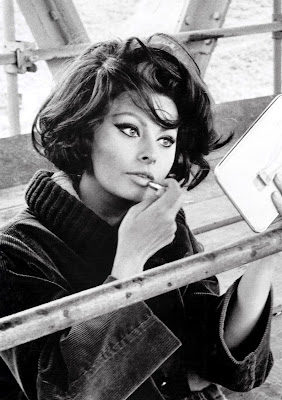 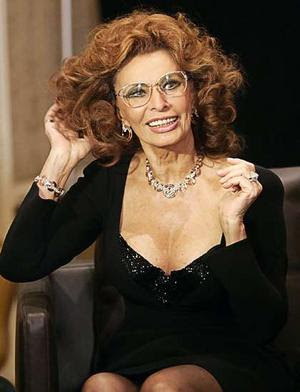 Given a long enough timeline, everyone's beauty drops to zero. Or rather, universal beauty.

So, end of the day, in conclusion, everything is crap. And we're all gonna die. Have fun.
Posted by Amir Hafizi at 1:46 AM