I was in The Malay mail, just back from three assignments - one at 8am, one at 11am and one at 1pm. My editor was the reincarnation of the guy who held flails during the construction of pyramids in Egypt.

They have his picture on the walls. 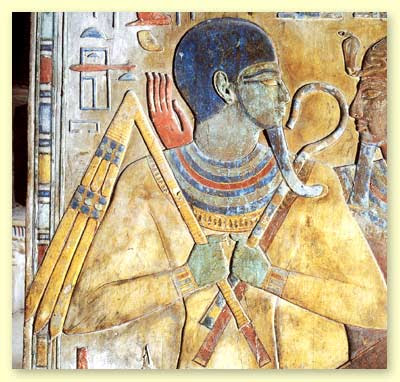 They say that's a picture of Osiris, but I know better. Osiris was afraid of this guy.

So anyway, I was back, and there were these mass comm majors from UiTM and they were there to interview 'real journalists'.

And so it began.

Mass Comm Major: So, what does the job of a journalist entail?

Me: Well, it has to do with lots of smoking. Come.

So I took them out, and I smoked as they watched me kill myself in slow-motion. Work would only begin for me after dinner. I usually went back at 1 or 2 am. So the only thing to do till then was to smoke.

MCM: So, you studied mass comm as well?

Me: No. I did computer science.

Me: Yep. In fact, none of the people you see here took mass comm.

Me: My editor studied fashion. My colleagues studied fine art, fashion, sound engineering, business, law, and I'm sure that guy over there went to grad school for advanced stalking.

MCM: And that guy over there? That long-haired guy?

Me: Oh, he's our boss. He used to be a goalkeeper.

I never saw them since.
Posted by Amir Hafizi at 10:25 PM