This is my last week as an editor at a newspaper. I spent yesterday passed out on my bed.

Last year, today, though, was a totally different story.

I would come to the office at 12 noon, when the Prime Minister would call me up.

Me: What do you want?

Me: Sure. Anything else?

PM: Yeah, can you touch up my picture so I would like this: 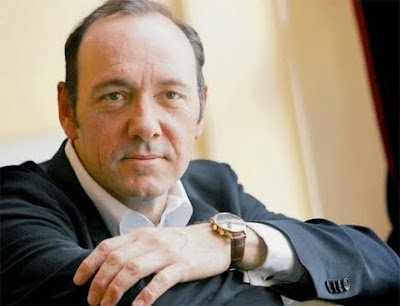 Me: Sure. You're considering him for the movie?

PM: Yeah, him or Johnny.

Me: Johnny will make you look either gay or bisexual.

Me: A space cadet? No, that was the other guy. Actually, I'm not sure, sir. But I'll edit your picture so you could look like him. And the ethnic cleansing? Yeah, I'll keep it under wraps.

After a long, drawn out lunch, I go for a meeting with a secret cabal of people who run the country.

Emperor of Sg Besi: The people are getting violent. We will release weed to counter this problem.

Marquis de Bukit Bintang: I will start discounts on all brothels and bordellos.

Me: Wait, what's the difference between brothels and bordellos?

PM: Anything you want to add, Amir?

Me: Yes. Can we kill more politicians? They are so fucking stupid! Yesterday, one of the opposition guys repeated that 'all pretty girls should stay home and suck dicks'.

Opposition Monarch: You have a problem with that?

Me: Well, not with the pretty girls sucking dicks part, but can't your guys be more subtle? And how can you fuck up in Penang and Selangor? We want to engineer a protest in 2012, and we all need you guys to carry the ball and pretend as if you're fighting for the people. You can't do that with all this stupid dinosaur thinking and crazy statements. Hell, you guys must win, dammit!

OM: Em. Well, we were born that way, Amir. We are that goddamn stupid and racist and chauvinistic.

Me: Ah, point taken. Nevermind then. How goes the vote-rigging and ghost voters?

PM: We have trapped 300 million gosts in our ecto-containment units, ready to be deployed.

Me: When the next election comes up, I want to be able to win Malaysia as well as large parts of Indonesia with all the ghosts we have.

OM: What about Singapore?

Me: Singapore only has ONE political party. What kind of election do they do? It would be strange if PAP were to compete as the sole party, and lose.

Me: My Science, you are so stupid, if we are transported 65 million years ago, the dinosaurs would be digging up your fossils.

After tea, I would go and assassinate civil rights leaders.

Then it was dinner time, where I eat sushi off naked women's bodies.

So you see, I just got bored after a while and need to be a freelancer again.
Posted by Amir Hafizi at 9:15 PM