I have worked in the Malaysian entertainment industry - wearing several hats - for close to seven years now. That's not as long as most people in the industry, but I am beginning to realise that being a part of this industry, I would have to steel myself to some questions.

One of the more prominents ones that people keep asking me is:

My answer has gone through several permutations over the years, such as, "Isn't it obvious?" to "Why? You wanna fuck him/her?" before I settled for one I think is very appropriate:

A1. I am not having sex with him/her, and I do not intend to, therefore, I do not know.

I mean, seriously, what bearing would the sexuality of a person have on their work or who they interact with?

Is it terribly important if Elton John buttfucks or is buttfucked by anyone? Does that make him a lesser singer? Does it make his songs better? The sperm he swallows is not gonna clear his throat or get him to sing arias. And what the fuck is better?

Take, for example, Datuk Seri Anwar Ibrahim. His sexuality has been debated on by various people, including his supporters, enemies, minions and backstabbers (hehe).

Honestly, I don't care. I do not trust his policies, therefore I do not support him. What he does with his dick, and where he puts it, is none of my bloody concern.

I remember a time when some people were saying that if Anwar becomes PM, then the country is fucked. Okay. How?

There are many ways to fuck a country up, if you're the PM. Sleeping on the job, for one. Getting an overly-ambitious relative to run things for you. Being a religious zealot who make up your own laws. Being racist. Being greedy.

Being gay has nothing to do with it. What, just cause someone's gay, he's gonna ruin the country? If he buttfucks anyone, or does the reach-around, the KLSE is gonna drop 10 points? Fuck you.

I don't trust Anwar because I'm still waiting for the things he promised way back in 1999 - or 1998, I can't remember. He said that he had boxes upon boxes of evidence proving that several high-ranking BN people indulged in corruption and I'm holding on to his words.

It's been more than 10 years, and I'm still waiting. I'm not calling him a liar, but he sure is a slow motherfucker. Must be really big boxes. Really heavy ones. You need some help, man? I'm free, Fridays.

Now, I know that in Malaysia, most people believe in two things:

1. Politicians are corrupt. ALL of them. Even the Holy Nik Aziz was investigated by the MACC. Even MACC was accused of being corrupt by some people.

2. Politicians are dumb. With quotes like, "Pretty women should not work cause they can all be hos." to "If it rains everyday, whose fault is it? It's God's fault!" and the masterpiece, "Youyouyouyouyou think we're like Pakistan, Vietnam and Myanmar!"

I don't think politicians are dumb. If they're corrupt, and they got away with the money, they're the smart ones! Where's the money? Not with us. No, we the dumb ones. If we're so smart, where are our millions?

The problem is that we value smartness, intelligence, in different scales.

I mean, I can quote Shakespeare, impress the hell out of pretentious liberal atheist chicks. Maybe get them to suck my dick. But quoting Shakespeare is like quoting Zainuddin Maidin - all it needs is memory.

Now, I'm not saying Zainuddin Maidin is stupid, but he ain't no Shakespeare. Ain't nobody's gonna stage a play with his sonnets, man.

I can quote Tupac.

"I rap about how bad it is, so that one day, someone can come and clean it all up."

I can quote Chris Rock.

"You know what men need? Food, sex, silence. Feed him, fuck him, shut the fuck up."

I can quote George W Bush. 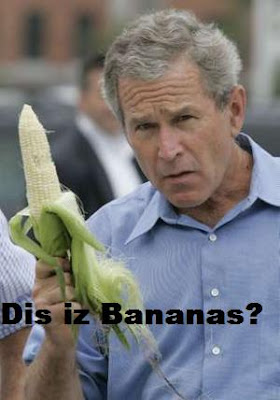 That don't make me smart.

Anyway, the second question I usually get, working in the entertainment industry is this:

Well, to some, this is obvious. I am too dirrrrty to be gay. Toooo fucking dir-tah! If I don't hire a by-the-hour maid, my apartment is gonna look like Parti Ugama Islam (PUS) and JAIS just had sex with Kelantan FC, and a chocolate camel, eating Mickey Ds, smoking and drinking and burning chairs all night long.

I had answers for that question. From a simple, "No", which makes them think I'm gayer than ever, to "Ada jugak sikit-sikit" which freaks them out, if they're men.

I also get, usually when this blog reaches more than 10,000 hits a day, lonely old men who message me and 'want to get to know me better'.

Lonelyoldman15: Hey, what's up, dawg? I have never read thoughts from a young man such as yourself. Tell me...what do you think about...sucking dick?

Lonelyoldman15: As in, 'how would you like to suck my dick'? Huh? That turn you on?

Oh well. I just needed to warm up. Loads to do tonight. See you in a bit.
Posted by Amir Hafizi at 11:26 PM