I saw some screenshots online of the alleged Opposition Leader Datuk Seri Anwar Ibrahim receiving flowers and getting a kiss from a man. This is supposedly foreplay before the main event of inserting his penis into a guy's anus.

I just have two things I want to say about this:

1. I don't give a shit what Anwar fucks

I don't care. He's gay? Bisexual? Omnisexual? I don't give a flying fuck. I do not believe that a person's sexuality has any bearing on his leadership capabilities and in Anwar's case, he only needs to settle it between God, his wife, his children and those he allegedly buttfucked.

I do have a problem with him, though, because he is a liar and for a person who supposedly champions free speech, he blocked me on Twitter after accusing me of being a cybertrooper. Just because I ask difficult questions does not mean I am a paid BN cybertrooper, or even an unpaid one. 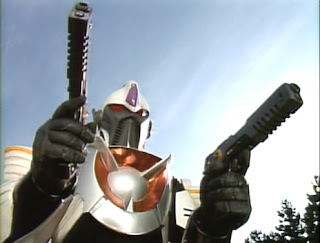 I was here during the Reformasi years. In his speeches, Anwar said he was going to open boxes upon boxes of evidence of corruption. That was 1998. I've been waiting 15 long fucking years, and there were no boxes of evidence, were there, Anwar? You fucking liar.

I waited for Sept 16 2008, when he said he will show you some frogs who will jump ship - none came. What a load of bullshit!

When Datuk T (revealed to be three idiots) released Anwar's first sex tape, they did a stupid bang up job of doing it.

And regardless of countless Anwar sightings either in drag or naked, his people - his supporters - are too blind and stupid to actually leave him. They still love him, and that's their stupid choice.

The story of Anwar as a buttfucker and sex-addict is hardly relevant today, especially with how his sex-tapes were presented to the public.

The second sex-tape, this year, was even more of a letdown before it was released!

Clumsy, inexperienced, and generally just stupid - I am extremely disappointed with both Anwar's enemies as well as Anwar himself. I think it is time we throw BOTH of them out and elect me as the Supreme Chancellor of Malaysia. At the very least, I am smarter than any of you.
Posted by Amir Hafizi at 2:22 AM