Previously, on Amir Hafizi: I was wheeled in for an angiogram after suffering from a heart attack five days before that.

So there I was, lying on yet another bed as a nurse washed my forearm with massive amounts of alcohol. The medical team was going through the radial vessel.

Then there was an injection of anesthetics on my right hand. There was a choice between femoral or radial and I was glad it was radial. 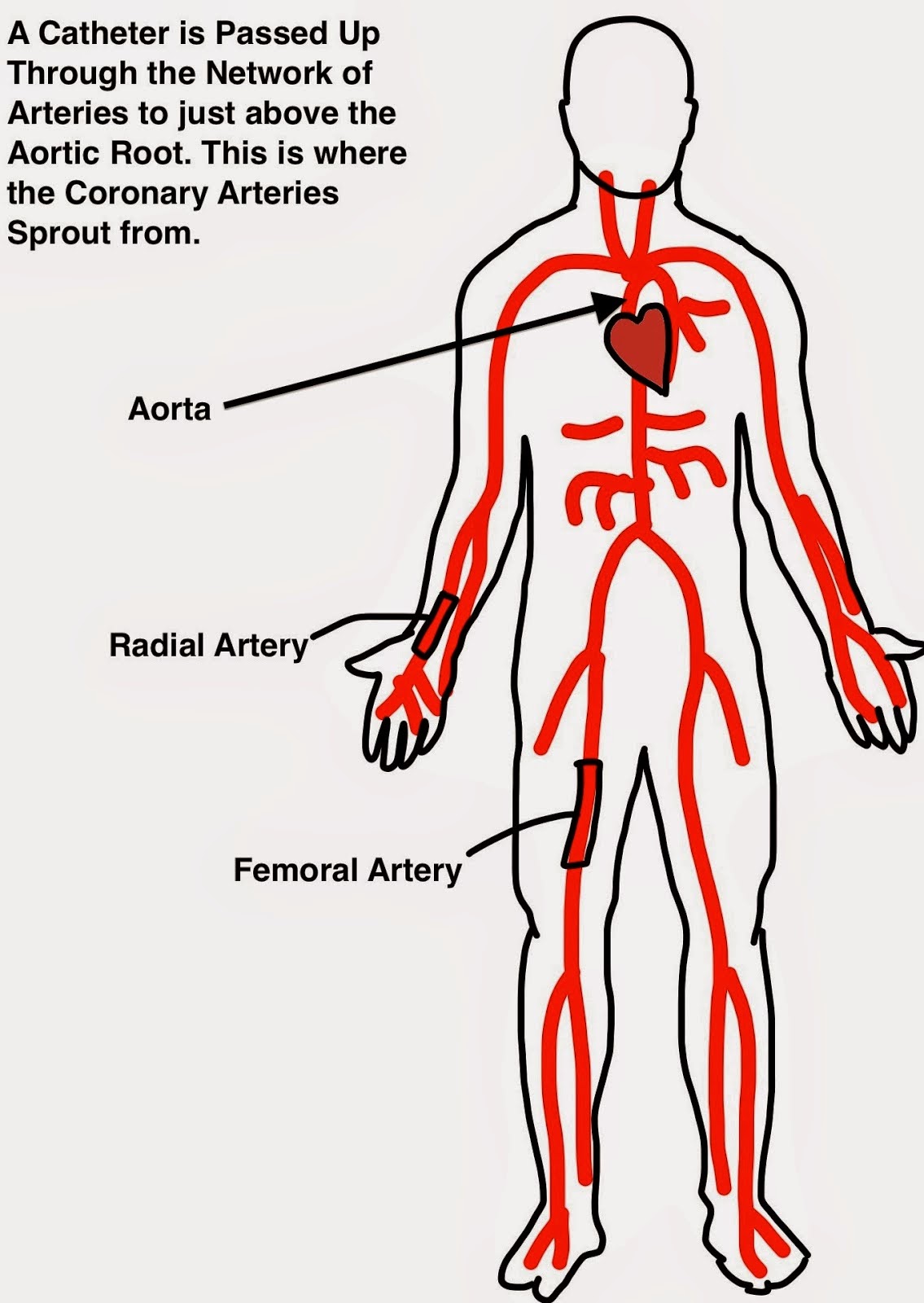 So anyway, I have an version to bloodloss. I get all lightheaded and queasy at the sight of anyone losing blood. That's why I can't be a doctor. And because I do not want that kind of responsibility on my ass. And I'm too lazy.

So anyway, the doc pushed the catherer through my right hand, up my left arm, across the chest all the way into my heart. I only felt a cold stuffing feeling up my wrist, but little else.

After around 20 minutes of pushing the catherer and injecting a dye, they recorded the blood flow in my heart with pictures and videos that look like these: 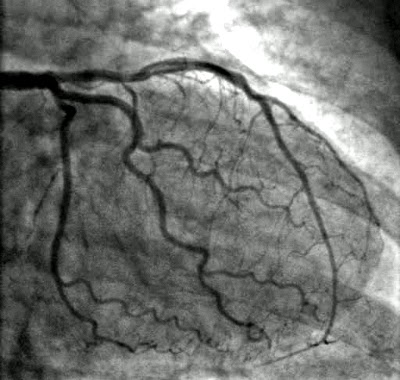 As the doctors convene either for a short meeting so as to what to do with my heart, I watched the monitors with my bloodflow and stuff.

Oh yes, I was fully conscious the whole time and when there were live footage of the flow in my heart, I watched all of it.

Our heart has three main arteries carrying oxygenated blood from the heart back to the heart - the right coronary artery, the left anterior descending artery and the left coronary artery. A block of 60-70% could result in a heart attack.

One of mine was 90% blocked. Another was 50%, possibly the one that caused all this problem five days prior, due to residual plaque.

So, the doctor explained to me what he was going to do and why. Also, why I need to come back a month later for MRI on the 50% blocked artery. I remember everything, but I'm not going to share this with you idiots. I was primarily worried at the time whether I would be able to have an erection because all this has shrunken my balls and dick to a very small size.

Anyway, they took care of the 90% blocked artery via a balloon (angioplasty) and then installed a stent. Blablabla.

Then they slapped me with the coolest bandage ever - it's a transparent hard plastic bandage/bracelet that had an air pump to maintain pressure on my right hand. It even had a small pump to inflate or deflate the thing pressing on the wound from the angiogram.

It looked so high tech. I can't find the picture online, but trust me, it's really cool.

And that was that. I was wheeled out and sent back to my ward. Stayed there another day, for monitoring and I was discharged the next day. The discharge process took almost half a day and could have been the entire day if I did not have someone to do it for me.

But anyway, I am uneventfully still alive and recovering nicely from the ordeal. I will return to UMMC for the MRI in order to determine how much tissue damage my heart has sustained and if there are any necessary follow-up procedures. I'll also be back for cardiac rehab, which is like, once a month or something.

I am also sentenced to blood thinners for the rest of my life. As well as a few other meds. Right now, I am on six different meds.

Anyway, aftermath and my thoughts on UMMC, the Malaysian medical system and other thoughts will be recorded in the next and final instalment of this heart attack series.