Previously, on Amir Hafizi: I had suffered a heart attack - a massive cardiac arrest - and was being admitted to the Critical Care Unit after a successful emergency treatment involving thrombolytic agents and some painkillers.

Dr S even said, "You look good for someone who just had a heart attack."

But she didn't notice of course, because I just had a massive attack. I was soon wheeled to the CCU and put in a solo room with these graphs and charts hooked up to my chest. Every 15 minutes, the machine would take my blood pressure - it was 170++ over 120++, which is extremely high for humans.

My heart rate was also a bit crazy, as usual, after a heart attack. It was around 130 bpm or something?

My oxygen levels in the blood were also low, at 90-92% even with assisted O2 breathing thingy.

The numbers were all behind me, so I got a small mirror so I could monitor my numbers properly. I began doing breathing exercises and managed to push the breathing rate down and oxygen percentage up. Meditation or possibly just fatigue from a recovering heart plus meds eventually pushed my BP down to below 100 over 60.

I was not supposed to stand up or walk about the place. There was a 'fall risk' sticker on my bed, meaning I am at a risk to fall if I were to stand up. Peeing and shitting was supposed to be done on the bed. For peeing, there are various designs of chamberpots and for pooping - I don't really know, because as soon as I found out I was expected to poop on the bed, I regulated my meals and water intake so as to ensure I can go for three to five days without pooping, until they allow me access to a toilet.

Making sure I don't poop in a 72-hour period was easy because:

1. I lost appetite after the heart attack.
2. Hospital food suck most of the time.

The peculiar thing about non-private hospital food (hospital Gomen/semi-Gomen), is that they give you an illusion of choice.

Every day, a nurse or a dude or whoever will come and ask you whether you want "ikan tomato or ayam tandoori." for lunch, or would you prefer "kuay teow ladna" for breakfast or bread. I was shocked when, available on the menu were "nasi minyak and ayam kurma."

First of all, the hospital's definitions of ayam tandoori or ayam kurma are extremely loose. Ayam tandoori, ayam kurma, chicken with ginger sauce, chicken stew, chicken soup, chicken ala orange, chicken cordon bleu are all boiled chicken with some variations in herbs used. This is how it should be. Hospital food should not be tasty. 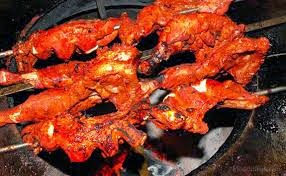 The curry chicken was my favourite chicken dish, as it really had curry powder in it, but sans the evil santan or milk. Best dish? Tempeh. Flavourful, healthy and never bland. If you get warded in PPUM/UMMC, try the tempeh. Fried bee hoon (baked, really) also not bad.

They always give us double veggies. Tasteless, because the salt, I discovered later on, was supplied separately. I've been having the meals without salt for a few days without noticing.

Anyway, I was under close observation for two days before I was transferred to a normal ward. Somebody else needed the monitoring instruments more than I do, and I was happy at the confidence the hospital had in me.

In fact, on the first day itself, Dr D - my primary physician explained to me the entire walkthrough of this game. I was to have an angiogram, that would determine follow-up treatments and so on. I just needed to survive until Wednesday.

And so began my countdown to have the angiogram, which will be the subject of our next instalment. Now, I need to lie down and take a nap while I peruse these new naked photos of Jennifer Lawrence - a woman who possibly one day will also have a heart attack.