Woke Up In The Morning, Grabbed Myself a Gun

I woke up to take my meds. I hope I'll wake up again tomorrow for yet another meeting, and that I won't wake up to more bullshit in this country.

I was about to write a long retort, but then I had a massive fart and realised I'm much too busy for this shit. Let's just laugh at Alvin and Vivian, the affable Team Jongang of lore.

While they are Chinese, I do not believe all Chinese are as stupid as Team Jongang and think themselves way smarter than the buck-toothed capybaras they are. 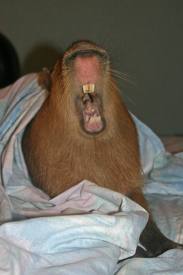 I do not believe in grand sweeping statements about any group of people. I tend to hate lots of gaggles of girl groups, but I'd fuck at least one member any time.

Likewise the grand sweeping statements on entitled Malay Muslims by a Malay Muslim apologist. I agree with most of what is said by Syahredzan - there are instances of persecution and discrimination based on Islam in this country. Revathi's case comes to mind - a case not a single fucking shithead politician on any divide, NGO of any pretentious posturing or any apologist apologising for anything has ever cared to champion. My problem is only with the grand sweeping statements made.

I am not fasting for five days due to health issues. Just today, I drank and smoked in front of no less than six Internet celebrities - all of them Malay Muslims - and they didn't give a fuck.

My apologies for being unapologetic. I'm sorry, I'm not sorry. So take your approval-seeking populist apology, shine it up real nice, turn that sumbitch sideways and stick it up your hairy ass.
Posted by Amir Hafizi at 4:26 AM