Red is the Colour of Fish 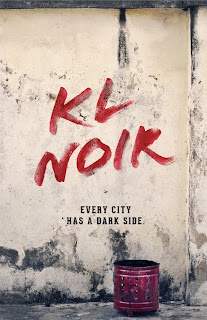 Today was the launch of KL Noir: Red. I have a story in this compilation and there are how many? Belas-belas writers in it as well.

I was extremely tired, having spent the entire day at Holiday Villa Subang for the 3rd and final Anugerah Bintang Popular BH Press conference. Also, I am going to Kedah this weekend, for the ABPBH road tour.

But I managed to get to KLCC on time anyway, being very lucky at the LRT station to not miss a train and finding seats.

So anyway, it was a grand launch at Kinokuniya with trumpeting elephants and Katy Perry doing somersaults - without wearing knickers.

Oh, yes, I will be editing KL Noir: White - the second edition of this book, due very soon(hahaha!). Met one of the writers and started the editor's push already.

Another writer asked about his story and I had no idea what story it was. Later, he messaged me and asked about the story.

I was on my bed, ready to sleep, but I thought, okay, let's read this story.

I read it, and a few comic books came to mind. There's Hell and Back - a Sin City story, and The Sandman Comics' Preludes and Nocturnes. Not in similarity, but how it can be improved using techniques demonstrated so well in those things.

I was half-asleep, when I had a brainstorm - a torrent of ideas I cannot ignore. So here I am, munching on oats and very much awake for no reason.

People do things for different reasons - for money, to be loved, for the adulation, to be feared, to find a place, to increase their egos, to get attention, blah blah blah.

I can tell you that one of the main drives for writing - to me - are moments like these when you can see what should be done, how it can be done and also that it will be done.

And now I'm wanking like nobody's business.
Posted by Amir Hafizi at 2:01 AM