How to Identify Ladyboys

I'm not about to fill my website with pictures of ladyboys, so here's one: 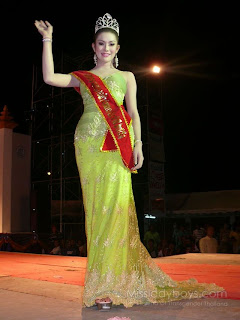 If you want more, just Google 'Ladyboys' or go to Missladyboys.com, where I took that picture.

Whenever I come back from Thailand with tales of my derring-do, some jealous, insecure men would say to me, "You sure you didn't fuck a man? Huh? A MANNN? MANNN!"

And then they start talking about their dicks. No homo there, you fucking faggots!

Thing is, I have always had a knack for identifying ladyboys, or as they are known in Thailand, 'kathoeys'. Actually, anyone who is not a traditional man or woman is a kathoey - the third gender. Thais are socially far more advanced than the rest of the world by 543 years, as reflected by their individual calendar system, which puts this year as 2556 or something. If you nail anyone in Thailand this year, make sure she was born in the year 2538, or the Interpol's gonna come and get you.

Anyway, let me share some basic and advanced skills in identifying ladyboys with you idiots, and why it now requires expert skills to do so.

See, when I describe ladyboys, most idiots would picture this: 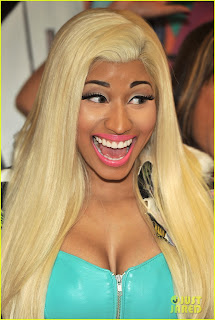 No, that's Nicki Minaj, you idiot. She's a real woman. A real woman made up of spare-part ethnic Barbie doll parts, in an accident with a '90s chemical factory.

Ladyboys have evolved over the years, but some lack the funds for a full gender-bending illusion. Here are some basic detection methods:

Human genetics decree men are taller than women. Advantages and disadvantages in that, bla bla bla. So if this 'girl' is taller than you, strike one. Then again, if you're a short motherfucker with a napoleon complex, go and kill yourself right now.

However, some ladyboys are petite and small. So, this is not reliable for even most cases.

2. The width of the shoulders vs hips ratio

Women have wider hips than men. This is how Gil Grissom, Sara Sidle and Warrick Brown identified the gender of corpses in the first few seasons of CSI. Genetics, bro! Pelvic bone is wide and stuff.

So whenever I see 'girls' with wide shoulders - usually wider than their hips -  I go 'strike two!'

However, there are some painful operations available to cut down the width of the shoulders. They shave off some of the bone, to give a more feminine profile. So, again, this is not 100%.

3. Ladyboys tend to look the same 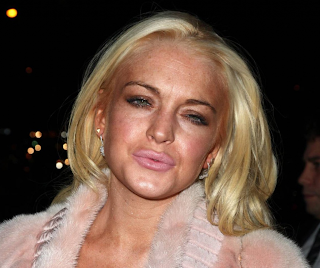 Scary, right? But yes, a lot of ladyboys look like Lindsay Lohan. Or maybe, Lindsay Lohan thinks of herself as a ladyboy and has gone to the same surgeons.

The same, stupid lips, the same, mass-produced cheekbones and the tell-tale 'ladyboy chin' are often clear indicators. See these things, RUN! Cause it's either a ladyboy or a very ugly woman, or Lindsay Lohan herself. In any case, you better run, bitch!

Great plastic surgeons are artisans who sometimes don't go for marble-like perfection. They understand the unique flaws and blemishes that make people individuals. Most plastic surgeons are not the greatest, and some are downright lazy, maybe cutting a package deal for a bullshit Lindsay Lohan face.

Most ladyboys still sound like men. This is also a clear giveaway, but there are procedures available to tune the vocal chords to higher pitches. Still, the operation is expensive and risky. Most still sound like you, so if they do, runnn(if you want to).

Ladyboys have an idea of how women are, and they often clumsily try to act out this ideal usually to abject failure.

They might look nice in pictures, but as soon as they move in real life, the gig is up! It's all exaggerated, over the top and way too much. They lack the relaxed subtlety.

In order for a man to pass off as a woman, you need to have the grace of the world's best actors like John Lithgow.

However, some ladyboys have this talent. This is achieved through spiritual breakthroughs and meditation to get them into the proper mindset.

So after all this, is it still impossible to tell a few fantastic ladyboys from real women?

Well, I am about to reveal to you my greatest technique: Everyone projects energy. Negative and positive are merely the charges, the alignment of these energies. There are also many, many subtle nuances and differences. If you manage to understand the energy flow, you can connect, evaluate and empathise with anyone.

You can identify the energies projected by people, their AT(Absolute Terror) Fields, their egos, etc, and you can identify men, women, ladyboys, pain-worshippers, liars, con-men, heroes, angels and demons.

This is the ultimate technique I employ to determine who and what people are, including ladyboys.

However, I must say that I don't care. I'm not gay, queer, or whatever. I'm a hetero-sexual, and I believe that people are just people. Putting too much value in a person's gender is - to me - sexist and wasting time. I don't want to fuck everyone, and neither would any of you.

If a ladyboy connects with you (konek. hihihi), then maybe you have found your soulmate or whatever. Go for it, bro!