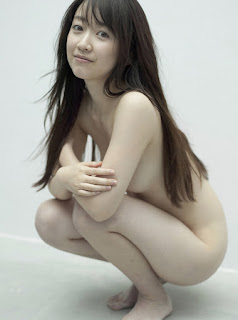 I'm supposed to do work tonight but I decided to take the night off and do whatever. As usual, a night of quiet reflection for the Greatest Mind of the 21st Century, I turn to ways of improving our society.

I went to an all-boys' school, where I saw what kind of society and community can be created solely by boys. I lived for five years in fear of getting beaten up or raped, or even worse - mocked and ostracised. Such feminine fears, where the social risk is bigger than the physical, even in a society of men.

Disclaimer (to my schoolmates): I'm not dissing you, so don't get your panties in a bunch. Much of my fears were unfounded because I am not that desireable to men, neither am I all that threatening.

Anyway, when I finally escaped with my butthole relatively intact at 18, I was excited to rejoin regular society where women have equal say in things and I wouldn't have to be so afraid of a Lord of the Flies-like society.

My family is run by extremely strong women who don't give a fuck. For good or evil, they are the true executors of everything.

I was convinced, much as I had enjoyed my time with most of my female teachers and with my female-run family, that I would do well surrounded by women. That and the fact that I am a raging, flaming heterosexual, meant that I could put my dick where I want it to - inside vaginas. Or assholes connected just next door to vaginas.

Imagine my horror when I realised two things almost immediately:

1. Women are just as stupid as men

And so I trudged along and 18 years later, I have collected enough information and experience to reclaim my faith in women.

18 months ago, I started a comics publishing company. I fully expected a limited market of sweaty, overweight guys - just like me - enamoured by the romance of local comics. I fully anticipated interacting with artists who are all just huge dorks - all of them men and most of whom I already knew over 12 years of being in KL's comics scene.

Now, imagine my pleasant surprise when a majority of those who got excited with comics - local comics - are women. Tudung-clad or in sexy cosplay, the ones passionate about comics are women. And some of our best artists - a growing number and soon to be a majority - are women.

This is a surprise to me because I thought we followed the US model, albeit 5-10 years late. In the '90s, Neil Gaiman - God of Writing himself, wrote about how to get women into comics shops. This was necessary because more women were buying his stuff and that women were just going into comics stores back then and the normal guys like me would ogle and point and stare.

One of the earliest, biggest single, non-business customers for Maple Comics was a woman who thought it would be a great idea to buy our comics as a door gift for her impending wedding. I am still truly touched and would give her some free copies of our latest titles later.

In my working career, I have worked with many excellent female bosses. Some of them reintroduced me to geek culture or showed me this new way of management for the 21st Century workplace.

In writing fiction, one of my first editors and cheerleaders was an Israeli woman, mother of 7 or 9, based in America and manned a right wing website circa 98 or 99.

When I had my heart attack, my sister was the MVP. My doctor in the ER was an extremely capable woman. So were most of the best nurses in my ward, the nutritionist and physiotherapists, etc.

I have met more capable women whom I enjoy working with in the past 8 years than I have ever before.

And yet the feminists in this country are a fucking joke. Prone to bicker about nothing, taking all the attention away from serious, dire issues to focus their judgmental bullshit on trendy falsehoods so as to elevate their ego and perceived standing among the parasitic faux liberal community.

It is with great pleasure that I observe the women of this country march on progressively without the aid of these fake, hipster motherfuckers. Or is it uncle-fuckers? Point is, quoting Nelson Muntz from The Simpsons: haaa-ha!

Not all women are angels or whatever the fuck. These so-called feminists are women. All politicians are dumb, vicious assholes, and some of them are women.

I have also met the most racist, and therefore stupid, people and they are also women.

The MalaysianOfficial1 might not be as ruthless as his 'plus 1', whom my friends tell me is a plus-sized woman.

So it's not all the perfect female utopia peppered with angelic beings who would all agree with me as I thought when I was 18. But we're getting there.

I am being sexist when I say I have great hopes for women, especially in this country. Yeah, the nation has serious issues, as all nations do.

I think the key for long-lasting key solutions is to allow for new ideas and what better place to listen to new ideas than the vagina?

In fact, I have been listening to a vagina all night. His name's Michael Moore. And he makes a compelling argument for women.

Anyway, to all who bought our comics, man, woman, kathoey, I would like to say thanks, yam's leaves. I truly appreciate it.
Posted by Amir Hafizi at 1:20 AM