I watched Batman v Superman: Dawn of Justice on Wednesday morning, as part of a Press preview. I then announced on Twitter that I will be doing a review and it will come out in The Malaysian Reserve next week. Could have done it sooner but I wanted to watch it again on Thursday as I really disliked that movie and needed an extra viewing to compose my thoughts.

I wrote the review today and it is ready to be submitted.

The story I want to tell here is what I experienced after I hinted that I disliked the movie. People began to show their displeasure at me. Someone even told me to go and have sex because the lack of fucking is the sole reason I disliked BvS.

I countered by saying that I have had more sex than the average human male would in his lifetime, but that statement was met with derision.

I began to observe that for most humans, if you do not share their views, then you are automatically against it. For example, I don't think people should have children because resources on this planet are not enough and most parents can't afford their children's education funding.

This does not mean I will be sneaking into people's houses late at night and slitting their children's throats while they sleep. It also doesn't mean that I actively petition stupid politicians to do a culling of humans in order to conserve Earth's resources - as any Malthusian should. I also don't haul a loudspeaker in front of their homes and shout what I believe in all day, every day.

However, it seems that these primitives only see anyone else as imposing their views upon them, because they do it. Yes, these breeders and people who like BvS want everyone to have the same views as them, or they are trying to convince them that their views are wrong.

Let me assure everyone that I have no interest in the views of others. I like Terminator Genisys, Jurassic World and I loved the hell out of Star Wars The Force Awakens and I have never sought to 'correct' those who do not share the same views. I have no interest in them or their views and I am sad that I have to state this as a fact rather than for it to be understood as a general ground rule.

I am a confirmed bachelor, like Bruce Wayne, but without the money or the PTSD. Or the big dick Ben Affleck is packing. I don't like politicians, I don't like lying and I believe everyone can do their jobs well and/or live their lives without lying.

I believe that we should all be responsible for any child we bring forth to this increasingly warmer planet and also all the horrors the children will face in the next few decades. This includes a potential world war, environmental apocalypse, economic collapse and ultimately - death.

What I believe in is not in any way what I want you to believe. I do not care about you or your beliefs. I am self-absorbed, and therefore only concern myself with what I believe in. Case in point: I only read my own Facebook profile and no one else's.

I think marriage is expensive and unnecessary and have never found anyone worthy of all the trouble. Okay, maybe two girls are worth it - Jessica Alba and Scarlett Johansson. But they, too, will get old and they will die. One day they will say something stupid or tell a lie and that's it - attraction gone.

I consider all humans to be inferior, but that does not mean I see myself as superior. Humans are just fucked up flawed lying idiots. So if you'll keep yourselves away from me, I'd be much obliged.

And so, I end this with BvS sucks! 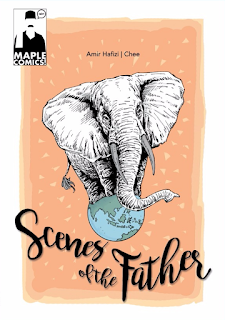